Resurrection during time of quarantine

How did I live Easter over the past few years? If I am a “practicing” Christian, perhaps I am immersed in the community to which I belong. Taking part in rites that span millennia, or perhaps trying a different experience, an itinerant Easter as a volunteer in one of the many frontiers of the world. If I am not a Christian or I do not attend religious liturgies, maybe I was on vacation. Perhaps I took the opportunity to get to know a new culture, or maybe I could have crossed paths with a procession, a via crucis, of the many that crowd the streets of the world during Holy Week. It could be that I have lived it in a different way from those listed here … and I can remember it.

How did I experience Easter this year? Of course, I stayed home. I was forced by a sudden break to stop what always has been my rhythm. I have rediscovered the community closest to me: family, or those with whom I share my home. Who knows: maybe I lived a time of mourning for the many tombs that we have closed in recent weeks and for those many eyes that have closed without a caress. An old man dressed in white entered most often through my social media window and TV, in a powerfully empty setting, armed only with the story of a crucified and resurrected “man” a couple of millennia ago.

In the midst of a Lent that seems never ending, filled with fear out of an invisible enemy who threatens death in the same life I breathe, echoes the announcement of the resurrection. It echoes with its weak strength, with the delicacy of those who entrust their seeds to the wind, hoping that fertile earth and fresh dew will sprout it.

The tales of the resurrection are this little seed. After the pain of the passion, after God responds to suffering by taking charge of it in the body of the Son, he opens forever the dark earth that buries his children, but with the invisible force of a seed. 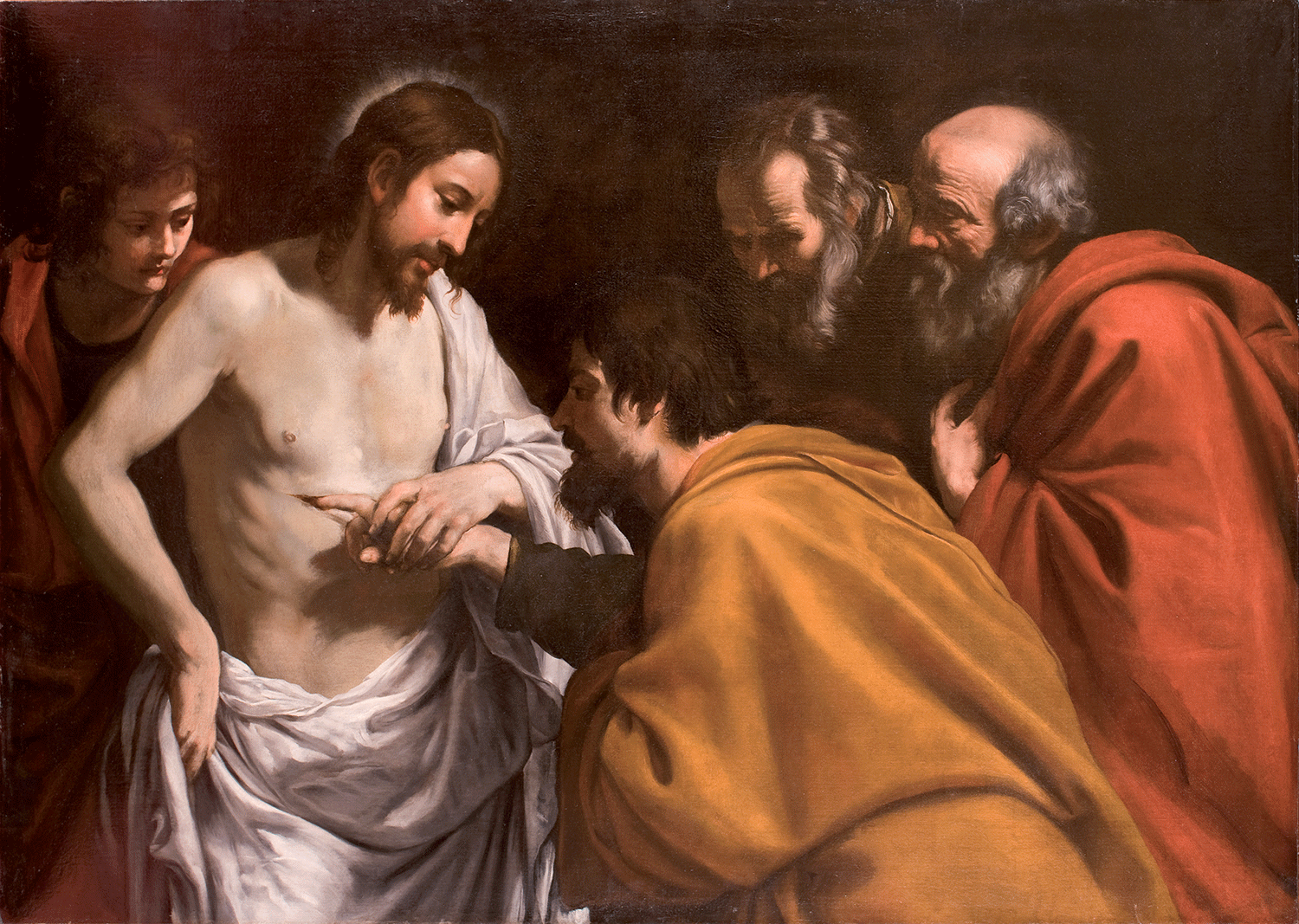 Among the various accounts of the resurrection, this invisible force, perhaps one is more suitable for Easter this year. It is the apparition to Thomas the apostle, the only narration whereby the Risen Lord lets himself be touched by someone (Jn 20,24-29).

“But how, I don’t remember when was the last time I shook someone’s hand and you tell me about Jesus who lets himself be touched?”

Yes. Starting from the absence of something that I can cultivate inside of me the desire for that same something.

Thomas had closed himself, somewhat like us in these days. Even when the news of the resurrection had arrived he did not welcome it. He continued to live his mourning for the loss of his friend and go on about his disappointment in front of a weak God.

It is Jesus who goes to look for him and says to him: «Touch me! Right there: in my still open side. See Thomas, the resurrected life that I promised you, does not close the wounds. It  leaves them open. Like windows that face an ever-wounded world, always in need of someone like you who can touch them, who can begin to heal them with their poor hands and who can continue that creative mixture that started every life “.

How many poor hands are continuing to heal today: from hospitals to canteens… the privilege of the few who make the solemn gesture of touching more sacred, an extension of that trembling hand of Thomas, hands that penetrate the mystery of life and make Easter!

Perhaps this year, in my heart – in my open side – Easter will come later than the calendar, but when it arrives, after this long Good Friday, it will be the liveliest ever. It will be an Easter to touch, where the Risen One is not an aura of light, but meat made of bread that nourishes me by being healed.