The poverty of coronavirus

A crisis behind the crisis

The Coronavirus pandemic appears to be the key theme in these times. Everyone’s talking about it and the media focuses most of its work on this topic. In short, in addition to a viral pandemic, we also seem to be involved in a pandemic of information. But what will this fight against COVID-19 entail in the poorest regions of the world?

We can say that planet Earth is made up of two large entities: “developed” countries and “developing” countries. We know very well how China, Italy and the United States were not completely ready for this emergency and how the new virus is putting a strain on the health systems of these nations. There are also many consequences for the economy of these countries which, forced to declare a state of emergency, had to partially block domestic production. Markets have stopped, borders have been closed and the economy has come to a sudden halt.

In poorer countries the risk that the situation becomes more drastic – compared to that of the countries worst affected so far – seems to be more of a certainty than a possibility. As we all know, COVID-19 attacks the lungs, with severe cases often leading to pneumonia. This is particularly alarming for undernourished children, whose mortality risk increases 15 times with pneumonia. That’s why prevention is so important. But we also know that in some areas of the world access to water and therefore to personal hygiene is limited. Not to forget the fact that without adequate food intake to strengthen the immune system, fighting a disease becomes much harder.

If the worst happens and this disease spreads, people in Africa and other developing areas will be the most vulnerable. But there is also the great problem related to the supply of health and basic necessities. Certainly, in the future the demand for medical professionals and technical support will increase significantly in developing countries.

The most frequently asked questions that the Coronavirus novel has led us to ask are: how many new cases have been reported from how many countries? How is the infection curve growing? What is the mortality rate and how does it compare with that of “normal” ’flu? But few times have we asked ourselves: How will the poorest countries face this emergency?

At the moment the shelves of our supermarkets are still well-stocked, but we can see how the trade restrictions begin to manifest themselves in the lack of certain goods. Despite small shortcomings, our diet continues to be good and balanced. But think of the many children who lived on school meals – now that these have been closed in most states many children will end up with poor and inadequate nutrition. Even their families, with the collapse of the economy, will find themselves struggling to bring food to the table.

The International Food Policy Research Institute (IFPRI) has forseen a possible 1.4% drop in job offers and a reduction in total factor productivity growth big enough to reduce global GDP by 1%. These data translate into an increase in poverty which – according to the estimate – will lead to an added 14 million people who will have to deal with the “secondary” consequences of Coronavirus. 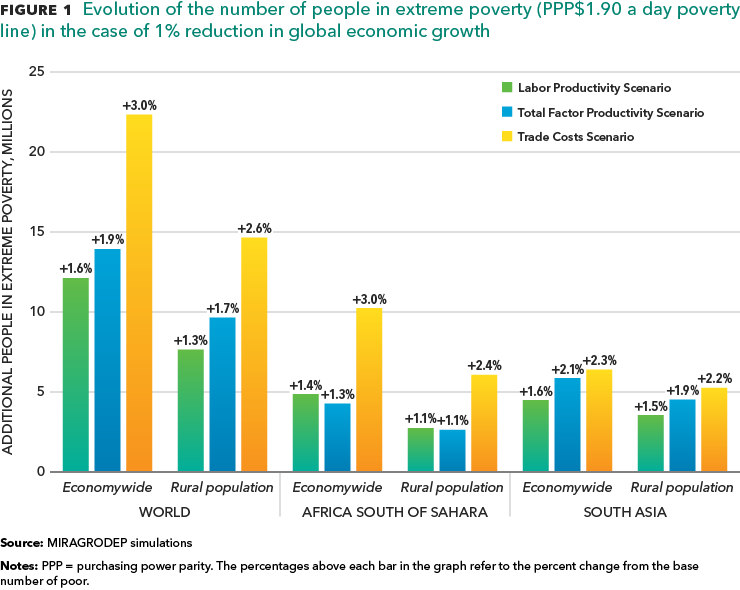 There is a risk that the choices of the governments who place most of their attention (even rightly so) on their health plans whilst neglecting the economic dimension of their state and many others, will reap many more victims of the same virus.